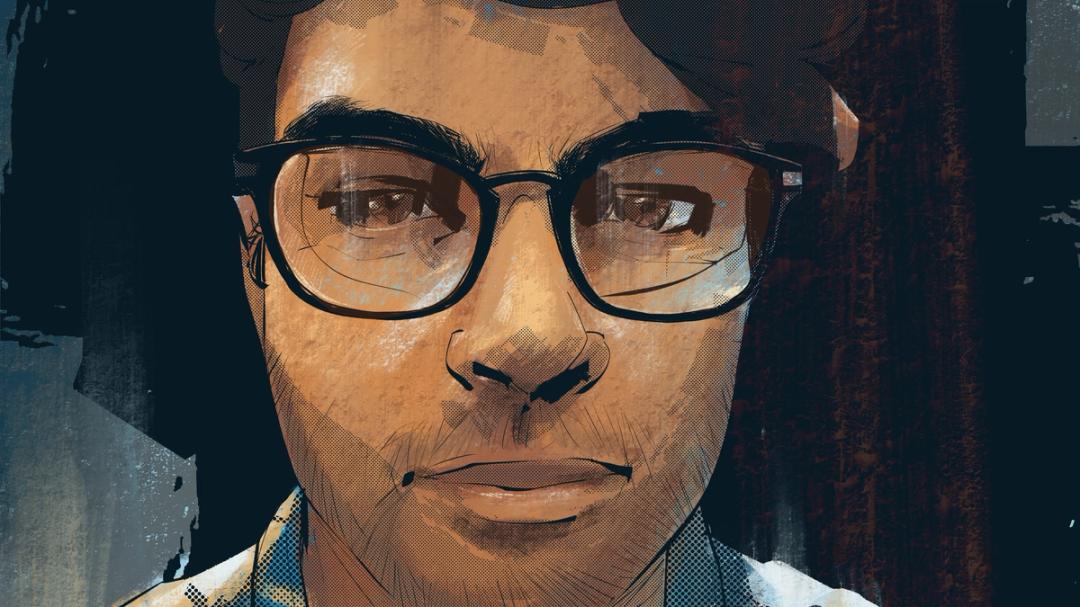 You could call Ricky a Liquid Swords veteran – sure we can have those in a studio yet to celebrate its second birthday. His background is pretty impressive too, joining Liquid Swords from Rockstar Games, where he worked at their UK headquarters, before relocating to Sweden to join a tiny, unknown studio with a Twitter-happy founder. Why the switch to somewhere smaller and relatively obscure? “It was a combination of factors,” says Ricky. “Before 2020, I felt myself beginning to plateau and this was made worse by the pandemic, especially in the UK. There was also the challenge of working with teams in different time zones and I had just celebrated a certain age milestone. It was around this point I was approached about working at Liquid Swords.”

Despite the initial pitch “sounding too good to be true” (don’t worry, we’ve left a strongly worded note with our recruitment team), Ricky was drawn to “the opportunity to learn and be part of shaping and growing the studio's culture.” The relocation didn’t come without worry though. Moving to another country is never easy, let alone doing it by yourself in the middle of a global pandemic. But the risk has been worth the payoff, “The team here is so talented,” Ricky says with a slight sigh of relief, “Everyone is approachable and everyone wants to get involved. I’m among people I can truly learn from and in a place I can grow my skills.”

We asked Ricky to tell us about his role, in his own words, “I’m a senior game designer. Designers are really the bread of the video-game sandwich. They provide the base of a game’s functionality and the implementation of what eventually becomes the finished product. I’m a generalist designer, I spend time putting out fires but also starting new ones,” so this video game sandwich is toasted we assume? For Ricky, like many others at Liquid Swords, no two days at the studio are quite the same and he focuses on, “Trying to make sense of an open world, what you can do there, and how we tell stories for the player.”

It’s unsurprising to hear that Liquid Swords isn’t the only studio trying to successfully navigate open worlds. Across the industry, studios and developers are asking themselves, what makes an amazing open-world game? That’s the first good question. Ricky believes it can’t be as simple as “how far you can see or how far you can traverse the world.” Two years into the latest generation of consoles, should open worlds have grown more – not just in size? What’s the purpose of all that in-game world if there’s little to do there? Next-generation games must tell stories, motivate you to do things, and make you curious to explore. This is the second good question, what defines a next-generation game?

Looking for examples, Ricky cites Returnal, though this itself is still a fairly controversial pick – likely due to its perceived difficulty and roguelike gameplay, which isn’t for everyone. We muse about some older examples, those with jaw-dropping graphical jumps, like Uncharted’s 2007 arrival on the PlayStation 3. But whatever the future, it’s clear next-generation games need to do more than just showcase stunning visuals, they need to deliver next-generation gaming experiences.

At a time when the industry needs to be looking forward, there’s also a lot of looking back, nostalgically speaking. We’re arguably in the era of the remake. Ricky recognizes that titles like the Final Fantasy VII franchise are hugely anticipated, with loyal fanbases behind them. Others can just feel like a cash grab – especially as studio ownership is becoming concentrated around a handful of gaming giants. That’s our third good question, are there too many remakes right now?

But there is still plenty of hope, particularly thanks to “more and more investment in studios,” even if Ricky acknowledges that making games takes longer and longer as the technology leaps forward. So where does this leave us? With all these questions and not many answers. Yet, Ricky’s final nugget of wisdom reminds us that trying to answer these questions goes to the very core of making great games. “I’m excited to be at Liquid Swords. There’s always a bunch of things I need to do, problems I want to solve, and issues I want to dive into.” If Ricky is right and video games are like sandwiches, then Liquid Swords are working on a meal to remember.